My Website
Probably the best tagline in the world
Menu

Sign up to our newsletter and receive a free ebook!

Ibuprofen And Alcohol
can you take ibuprofen while drinking?

Ibuprofen and alcohol taken within minutes of each other could have an irritating multiplier effect on the stomach leading to stomach ulcer and even bleed if taken over a long period of time. A one off drinking of alcohol after taking ibuprofen won't cause sudden stomach ulcer or bleed. Find out what medical research has to say on this here.

Are you contemplating taking ibuprofen after drinking alcohol? Or perhaps are you thinking of taking alcohol while on ibuprofen tablets?

Taking ibuprofen and alcohol together or within a few hours of each other will significantly increase the risk of your having a stomach bleed.

As a one off, you can drink alcohol after taking ibuprofen and this should not be a problem, as long as you do not have past history of stomach bleed or ulcer.

Individually, alcohol and ibuprofen causes irritation of the wall of the stomach, if taken over days and weeks continuously.

This is even more so if you have a genetic predisposition to developing ulcers in the stomach or small bowels. 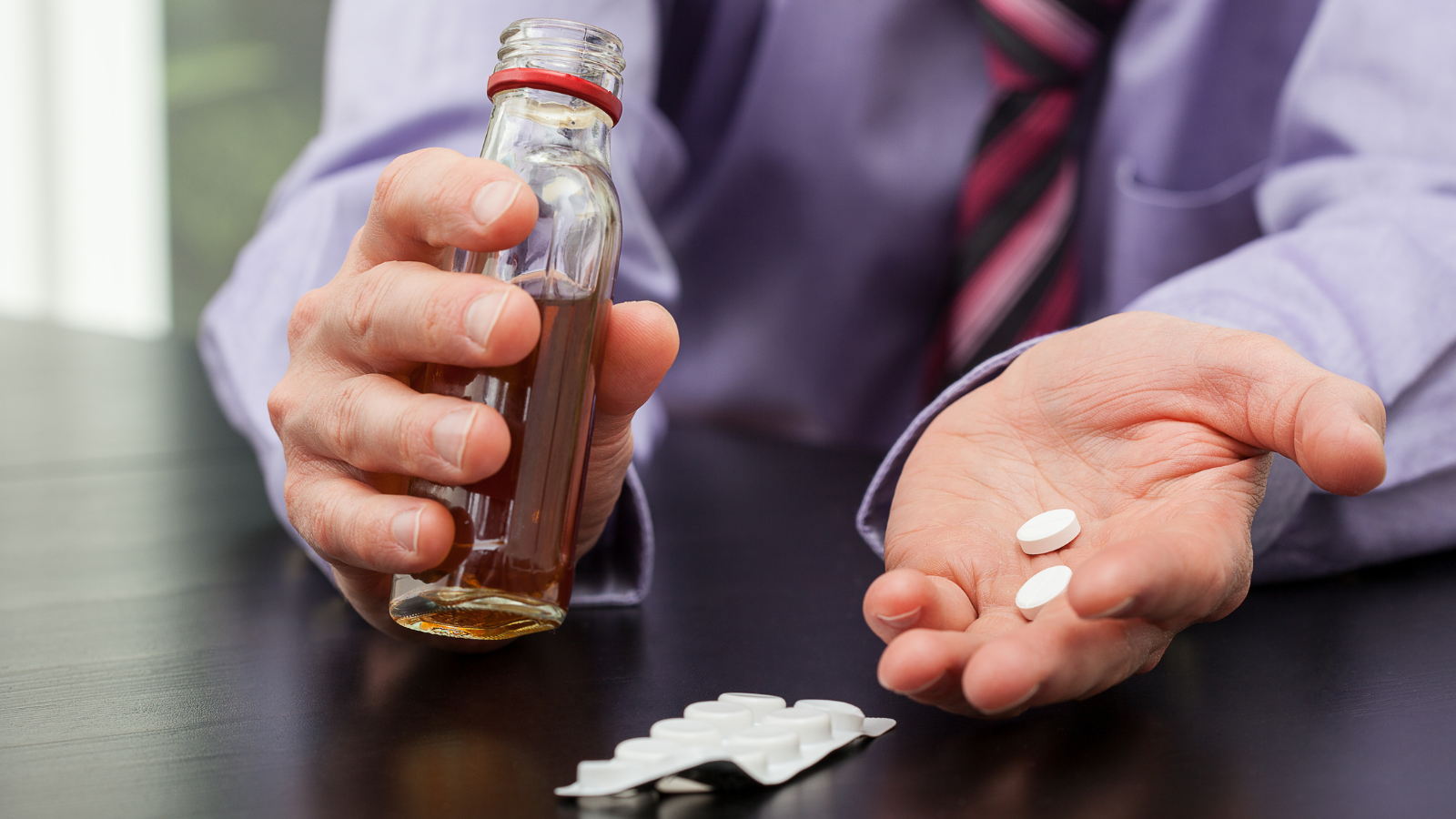 Ibuprofen and Alcohol - A Bad Mix.

Ibuprofen and alcohol interaction directly is not the problem, but when taken regularly together or within a few minutes to hours of each other, their effect act in a multiplier manner, and over a period of time, could cause stomach ulcer.

A study by the American College of Gastroenterology (ACG) showed that the risk of stomach ulcer and bleeding is increased two to three fold in those who take ibuprofen regularly for more than four days. The report states in part that alcohol consumption "interactively combine to enhance risk" of bleeding among drinkers.

Another study conducted in the USA and Sweden amongst 1224 patients admitted with stomach bleed from peptic ulcer or irritation of the stomach, compared with another group of 2945 patient without stomach trouble, showed that "occasional ibuprofen use was not associated with" a bleed.

So, if you have been drinking and have a hangover with alcohol and want to pop down two tablets of ibuprofen for your headache or any cause of pain, this might be okay, but it is best you take paracetamol or acetaminophen instead.

If you drink alcohol frequently and must also take ibuprofen regularly for a few days or more, then it is important that you see your doctor to prescribe another medicine to protect the lining of the wall of your stomach, like omeprazole or any of its close relative like lanzoprazole or esmoprazole. Note that this only reduces the risk and does not completely remove the possibility of a bleed.

If you have alcohol liver disease, you are more likely to bleeding, and it is best you avoid ibuprofen.

Can I Drink Alcohol After Taking Ibuprofen? What's Your Experience? Have Your Say:

Is it okay to take ibuprofen with alcohol? Have you actually done it before? Any trouble with it? Central abdominal pain and feeling nauseated, or it went well with you? Share your experience here.

The data gathered here will be for statistical purposes only. Everyone is different. Always consult your doctor or healthcare provider for advice on whether you can mix ibuprofen and alcohol.

Have your say about what you just read! Leave me a comment in the box below.

Disclaimer: The content of this website is for your information and education only.  It is not a substitute for your getting professional medical advice, diagnosis or treatment or a one-to-one visit with your healthcare provider. If you have a medical emergency or any health issue, please call your local Emergency Medical Services or healthcare provider.